Making Virtual a Reality: How This MBA’s Vision Brought VR/AR to Wharton

To Tian Pei, WG’18, co-founder and president of Penn’s first cross-campus VR/AR organization, virtual and augmented realities are the future – they are also her solution to balancing creativity and tech in her own career.

At the end of April, PennImmersive will be presenting its second annual Penn XR Day. XR is an umbrella term for all things virtual and augmented reality (VR/AR), and at the event, enthusiasts and newcomers alike will be able to learn, network, and demo the latest technology. The presentation lineup includes industry leaders like Unity, Google Daydream, Magic Leap, as well as innovative startups and renowned research institutions. More than 200 students, staff, and faculty are expected to turn out.

It’s hard to believe that when Tian Pei, WG’18, came to Wharton two years ago, the conversation around XR was practically nonexistent.

Tian has always been in tune with the arts — as a child, she composed music, drew, and loved playing video games — but after five years of working in tech, she felt she had fallen out of touch with her creative side. At the cusp of a “quarter-life crisis,” she applied to business school to find her own direction and, by chance, stumbled upon Magic Leap’s website, where she vividly remembers watching videos of a whale leaping out of the gym floor and an interactive solar system hovering over a desk.

“It just blew my mind,” she said. “The concept video is cool, but it’s the idea that if you extract that and put that into the future, what that means for how we learn, how we consume information, how we look at media, how we work … all of those possibilities just astounded me.”

XR is revolutionary for more than just fun and games, though consumers rarely get to see its alternative uses. VR and AR, commonly referred to jointly as VR/AR, actually diverge significantly in their technological requirements, what they deliver, and how they are used. Tian said AR is currently being implemented within businesses to refine their internal operations.

“Anything from design and prototyping, to manufacturing and operational improvement, to augmenting services and support, all the way through to the customer side. Businesses are using AR throughout the entire value chain — it’s just that a lot is happening in the backend.”

Tian recalls VR being a mere “buzzy” term two years ago. On Penn’s campus, active engagement with XR application was more or less confined to Engineering spaces. “When I first got to Wharton, I had a general, vague idea that I wanted to do VR/AR, and upon discovering that there was no community available to connect people with a similar interest, I just kind of thought: ‘All you can do is go around talking to people.’”

In 2016 and 2017, VR blew up in the media and mainstream exposure boosted interest in the topic. Tian connected with Sacha Best, E’17, a Computer Science major who was equally passionate about XR. Within a few hours of their first meeting, they laid out a plan to establish a Penn VR/AR Club.

PennImmersive became the club’s official name last year, when it merged with a budding Van Pelt Library XR initiative. Now, the library serves as a bridge for staff and faculty, while Tian and the other club board members remain student-facing. Building an organization from the ground up and maintaining traction, while fruitful, has not been easy; Tian likened the experience to growing a startup through pure “scrappiness.”

A relatively new organization, PennImmersive still has more growing to do. In the future, they want to broaden their involvement in the local community and beyond – on the still-green social impact front, for example, the organization may someday come to support ongoing research and experimentation with VR/AR in the medical field, like for AR surgical visualizations.

While most people today have probably heard of XR, Tian underscored the prevailing need for people to experience the tech for themselves in order to truly understand its potential. “At this point, we’re in the trough of disillusionment. A lot of people think, ‘We’ve been hyping up VR since 2015, and it’s been three years and nothing has really become of it.’ But it is a very highly-advanced technology – it’s not going to come around in two to three years.”

In the meantime, Tian’s goal is to encourage more in-person exposure. XR Day is that chance for the Penn community, and the event this year will be the culmination of an entire year of planning. “We have demos ranging from game and film entertainment, to IOT industrial augmented reality use-cases. So people can truly get a sense of the wide range of industries that will be impacted.”

The seemingly limitless potential of XR has Tian excited for the future. “If you think about the value prop of virtual and augmented reality, it’s one, visualization, secondly, simulation, and thirdly, interaction and collaboration. All of those things are an active component in the business world, and crucial to building a successful product, a reliable service, or a viable business.”

Tian feels her passion for VR/AR has finally given her a space to balance a tech background with creative thinking in her own career. After Wharton, she will be working in business development and strategic partnerships, helping companies expand their businesses by, ultimately, driving more revenue. “Business development is a super broad term,” Tian said, “but the theme is that you’re going out and creating things that didn’t exist, and then using your own imagination to dream up and conceptualize these new ideas and bring them to life.” 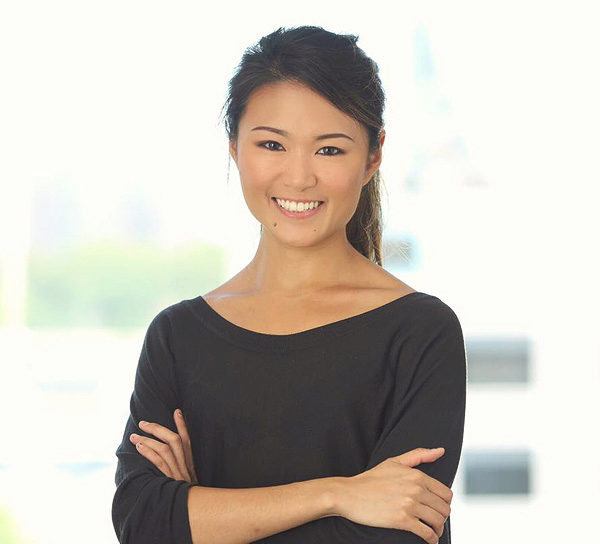 After Wharton
working in business development and strategic partnerships, ideally in the VR/AR space

What Tian is anticipating most in XR