Incarceration statistics in the United States are startling. About 70 million Americans — 1 in 3 adults — have some kind of criminal record, making up almost 25 percent of the global incarcerated population. It’s particularly challenging to get a job if you have a criminal record: 27 percent of previously incarcerated Americans are unemployed. In comparison, the unemployment rate among the general population is 3.6 percent. Statistics show that those without jobs are more likely to commit repeat offenses.

Since launching in 2016, 70 Million Jobs has secured more than 2,000 careers for those with criminal records at more than 150 companies, including Uber, Berkshire Hathaway, and Shop Rite. The company operates a staffing business and a job board, and simplifies the job search process to eliminate the unique challenges it poses for the formerly incarcerated.

To further expand their impact, 70 Million Jobs has also partnered with a range of nonprofits and government agencies, including the City of Los Angeles, the City of San Francisco, and the Society for Human Resource Management. Through these employment initiatives and strategic partnerships, the company is directly addressing the growing problem of recidivism in the U.S. In Los Angeles, for example, 70 Million Jobs allowed employers to post a limitless number of jobs, and assisted applicants with connections to community-based organizations that provided job readiness training.

After conducting rigorous due diligence, the WIVA team was thrilled to have facilitated 70 Million Jobs’ drive to raise capital on Republic, an open investment platform for startups. In just a few days, the company raised over $122,000, more than one-fifth of its goal to raise $500,000.

“[WIVA] clearly understands the impact of what we are doing,” said Richard Bronson, 70 Million Jobs CEO and Founder. “Our goal is to land employment for one million deserving men and women, thereby short-circuiting the pernicious cycle of recidivism.”

Chirag Manyapu, W’20, sourced this transaction. “WIVA has been a game-changer in informing how I look at investing,” he reflected. “I had to get quite granular on the financial model, as well as what the impact was and how many people were affected. 70 Million Jobs was a clear high-impact, high-potential return deal, and I’m so happy that I was involved.”

Matt Melbourne, investment team principal at Republic, noted that he and his colleagues “enjoyed collaborating again with WIVA and raising funding in this important space.” He added, “We continue to be highly impressed by the quality and impact of companies that WIVA shares with us.”

At WIVA, we are excited by our robust pipeline of impact investment opportunities and look forward to announcing more deals in the near future.

To learn about future deals, sign up to stay in the loop about our next webinar.

Our mission is to build the evidence, talent, and community to advance business solutions for a better world. To develop the talent for tomorrow’s social impact, our programs give students the skills and training opportunities to effect smart and savvy change through business. 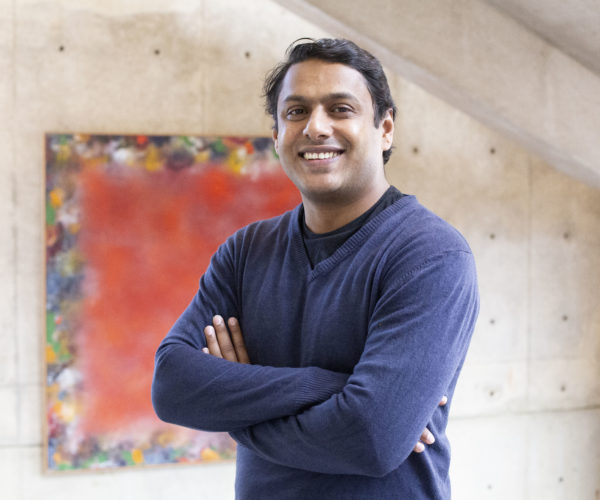 Rajith (Raj) Sebastian is the director of special projects, impact investing at the Wharton Social Impact Initiative. He manages the Wharton Impact Venture Associates program, where he oversees a team that aims to create a best-in-class impact investing vehicle. Raj also oversees the Wharton Africa Growth Partners, a student investment group focused on Africa. Raj has 12 years of investment banking and private equity experience, primarily across Sub Saharan Africa and China, and has worked on over $8bn worth of transactions across these markets. He has a Bachelor of Business Science degree from the University of Cape Town, an MBA from the Wharton School, and is a CFA Charterholder.