Sanguis is the world’s first hand-held, portable, and inexpensive blood cell counting device. This at-home tracking could save as many as 15,000 lives every year.

Sanguis’ three cofounders, Divyansh Agarwal, GR’23, M’23, Prateek Agarwal, M’19, and Daniel Zhang, GR’23, M’23, are also best friends. They met on day one of medical school here at Penn, and quickly realized that they share an innate curiosity about science and nature, and a drive to make the world a better place. 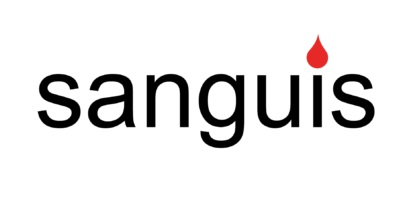 The company arose naturally out of their friendship, and Divyansh says that their friendship has “gotten even stronger and better since working on the company. We’ve realized that we enjoy working with each other, and we have tremendous respect for each other’s work ethic and the way we each approach problems.”

“For any project to be successful, you need 3 Rs and an I: rigor, relevance, and relationships, and the I is impact.” Divyansh says this is one of the best pieces of advice he’s gotten so far in medical school. And it describes the Sanguis team: “Dan is rigor. Prateek is relevance. The project is impact. And I am relationships.”

This means that Dan is the “scientific mastermind,” Prateek brings regulatory and financial “street smarts” to the table, and Divyansh describes himself as the spokesperson, building bridges between the academic and the startup world.

A Common Problem, A Lethal Problem

Sanguis is the world’s first hand-held, portable, and inexpensive blood cell counting device. It measures neutrophil levels—the body’s primary infection fighting cells. When neutrophil counts go down, the body loses its ability to fight infections. With Sanguis, patients can easily test their neutrophil levels at home, with just a few drops of blood. They can track falling levels, and contact their doctors right away.

In the US alone, each year, 650,000 cancer patients receive chemotherapy in an outpatient setting, and of those, close to 400,000 will suffer from neutropenia—low neutrophil levels—during their treatment. As a result, around 15,000 people die from infections and other complications that rush in when the body is unable to defend itself, and many more must delay or reduce their much-needed chemotherapy treatments. It’s a “common problem, and a lethal problem,” explains Divayansh.

That’s why these three chose it to focus on. They believe that with their complementary skill sets, they can create a device that can save lives. They’re most excited to get Sanguis into lower-resourced parts of the world, where dengue and tuberculosis patients also experience neutropenia, and its deadly consequences. “Prateek and I are both from Indian origin,” Divyansh says, “So it’s especially important to us. There and in other South Asian countries, Sanguis could be a huge game changer.” 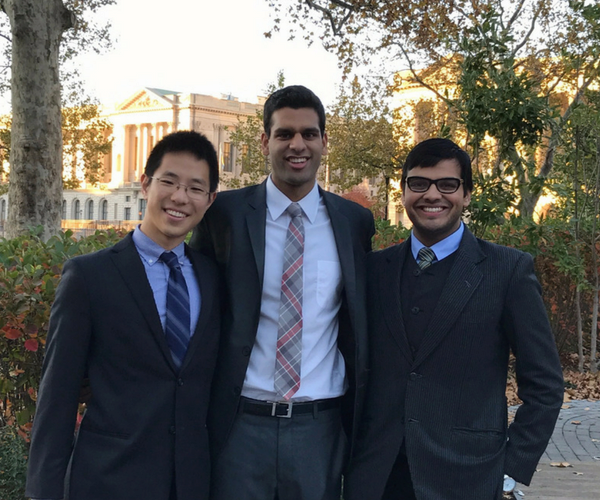 Divyansh, Prateek, and Daniel all have years to go before they finish their medical training, but they share a hope:

“By the time we graduate, we want to have identified a problem, come up with a solution, and found a way to do something about it,” Divyansh says.

Somehow, they find time to balance both school and their startup. Divayansh thinks this is because they don’t think of Sanguis as a means to an end, a line on a C.V. Instead, “We’re primarily driven by 1) our passion for medicine and desire to make a difference in the field, and 2) the friendship between the three of us. The joy of working with the team is something I cannot describe in words.”