Even though it’s phenomenal that some companies are doing so much more than what’s required, I think there’s still a strong need for a very aggressive government influence.

Traditional fossil fuel and electricity markets have seen a gradual shift over the last few decades from heavy regulation to market-driven incentives. As a result, corporate leaders have been stepping up with more ambitious energy plans and targets.

Big Oil is a great example. Some of the world’s largest oil and natural gas companies have been taking a much greater interest in environmental issues. “Big Oil is by no means the biggest roadblock to environmental regulation today,” said Arthur van Benthem, assistant professor of Business Economics and Public Policy and faculty fellow for the Kleinman Center for Energy Policy.

Many of these companies have become neutral about regulations — and some have even become advocates for carbon taxes. “The most interesting reason that’s happened is not that they’ve suddenly become charitable institutions, but they’ve better aligned their investments with the environmental regulations they expect,” he said.

Some of the major Big Oil companies actually sell more energy from natural gas than from oil, and natural gas is less carbon intensive. “Any sort of carbon tax or climate regulation is going to be much friendlier toward natural gas than oil or coal,” Van Benthem said. “So their affinity for carbon taxes and cap-and-trade systems is partially driven because that’s most beneficial for them relative to the competition.”

He sees this corporate interest in the environment as “a promising trend” but remains skeptical about leaving environmental decisions fully to companies.

“You read about the great performers, but ultimately we worry quite a bit about the companies you don’t read about, that don’t go the extra mile,” he said. “So even though it’s phenomenal that some companies are doing so much more than what’s required, I think there’s still a strong need for a very aggressive government influence.”

Research That Makes a Difference

The research Van Benthem enjoys most involves bringing in large data sets to measure how exactly firms and consumers respond to the government’s environmental taxes and regulations.

When he’s designing a study, he looks for “something that is interesting academically but can also yield very clear findings that you can actually discuss with the government or with the companies in that sector.”

His recent research has a particular emphasis on the unintended consequences of environmental legislation, the performance of fuel-economy regulation, the economic efficiency of energy policies, and the impact of solar energy subsidies.

“Quite often a president or a government announces a new environmental regulation. It sounds good on paper but unless you measure the effects it has, it’s hard to know if it’s a smart regulation,” he said. “That’s where the unintended consequences come in.”

For example, one unintended consequence of more stringent fuel-economy standards is known as “the rebound effect.” Cleaner cars are extremely cheap to drive because they consume so little fuel — so if you push consumers to use cleaner cars, they may actually end up driving more than they did in the past.

“All that is very easy to solve with a very politically unpopular measure: increasing the tax on gasoline,” he said. “No one likes that, although we actually pay way more as a society to save the same gallon of gasoline through the standards than we would if we just used a simple gasoline tax.”

Economists have estimated that for each gallon of fuel saved, fuel-economy standards are two to 10 times as expensive as a fuel tax. Van Benthem has looked at the cost of these kinds of decisions extensively in his research. Recently, he attempted to quantify the less visible impact of such higher standards on overall gas consumption and the used vehicle market.

With a new administration in the White House and the potential for a very different U.S. environmental policy agenda, Van Benthem feels it’s more pressing than ever to conduct research that looks at the economic impact of the government’s regulations on energy and the environment.

“A lot of environmental issues are at stake,” he said. “It’s really important that we (in academia) don’t just write papers for each other, but actually visit the Treasury, go to the Environmental Protection Agency, make sure those findings are communicated and of interest to the policymakers.” 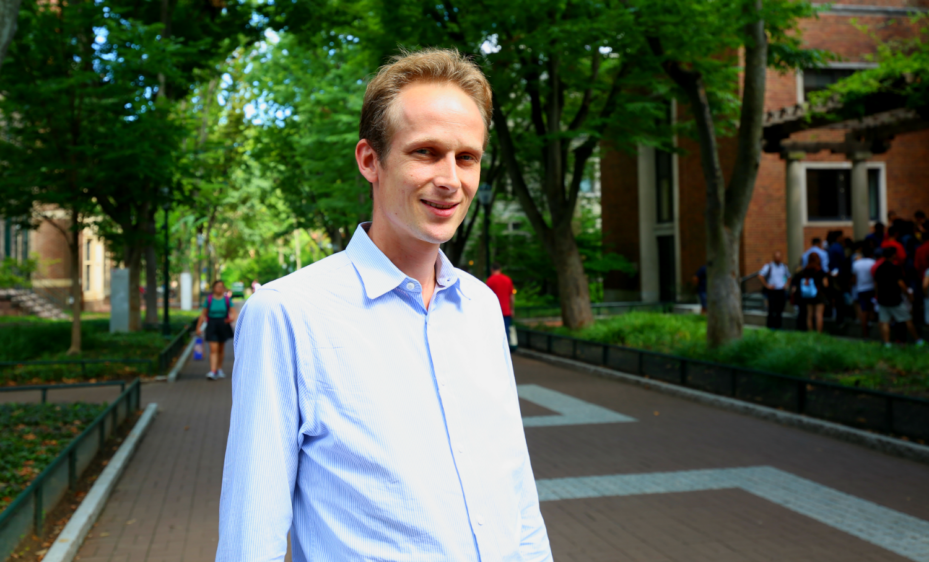