MBA Student on Exploring Career Switches Through Exposure in the Core

“The core is a great foundation academically, but it also gives you the opportunity to try different subjects, which informs your career search.”

A predetermined career path is not a prerequisite for entering Wharton. Paul Stansik, WG’14, used his time at school to explore different industries through courses, Career Services and, most importantly, his fellow classmates.

Paul approached the two-year program as a period of discovery, and that’s why he took the full core curriculum.

“The first semester core courses are like a buffet for career switchers who are looking to sample what’s out there,” he said. “I wasn’t sure whether I’d be recruiting for marketing or consulting going into (second) year, and after taking the core marketing course — it was my favorite class this year — a light bulb went off.”

“The material really interested me, and I decided I wanted to explore it in a career setting for the rest of the year. The core is a great foundation academically, but it also gives you the opportunity to try different subjects, which informs your career search.”

He admits finding courses as microeconomics (MGEC 611/612), regression analysis (STAT 613) and accounting (ACCT 613) “dry at times,” but left the first semester feeling much more comfortable working with data, numbers, and analytical problems. He then used electives, including New Product Development (MKTG 753) and Consumer Behavior, helped get ready for summer internship.

“Being able to practice the product development process in my New Product Management class prepared me for my internship in CPG [consumer package goods],” he said. “The course takes you through the entire product-development process — from sketch to store — in nine weeks. You conduct empathy research, build a prototype, create a go-to-market plan, and then present your business plan. And, it’s not in the theoretical sense; you actually conceive of a product and figure out how it might fit into the existing market. Practicing each one of those stages before going into the CPG world was really cool.” 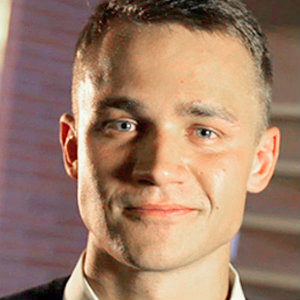 Before Wharton
Retail and equity research