Lauren Pencek, WG’18, Michelle Chia, WG’18, Kelcy Walsh, WG’18, and Grace Uminga, WG’18, use their “Four of a Kind Podcast” as a platform to “empower women to start businesses and take bigger jobs.”

After graduating from Wharton’s EMBA program, classmates Lauren Pencek, WG’18, Michelle Chia, WG’18, Kelcy Walsh, WG’18, and Grace Uminga, WG’18, kept in touch and made an effort to visit each other in Washington, D.C. and New York City. Over long dinners and brunches, they talked about future career plans, bouncing ideas off each other.

That’s when the idea for a podcast came about. “We all share an interest in supporting women in leadership and entrepreneurship and we decided to create a podcast as a way to crowdsource career advice and feedback,” recalled Lauren. “It started as a passion project and has taken off.”

On the “Four of a Kind” podcast, the classmates invite founders, investors, and business leaders to share their career stories; they also share their own personal journeys. Their official goal is to empower women to start a business or take a bigger job – and to do it with confidence.

Kelcy explained, “There aren’t a lot of women in leadership at large companies or who get funding from VCs, and we want to help increase those numbers by showing that this is doable. We want to mitigate some of the fear by talking about the characteristics of successful women and how others can build similar skills.”

She noted that an early episode in February 2019 focused on risk taking. “A big barrier for many would-be entrepreneurs is that you have to take risks and put yourself out there. We explored ways to manage risk by breaking it apart and problem solving. We wanted to show how you can take things from scary and move them into the opportunity zone. We had a lot of great feedback from that episode and started to gain more traction; that’s when I realized how impactful our platform could be.”

Kelcy pointed to another memorable episode that featured a female founder of a company that trains women to re-enter the workforce. She not only provides a training program, but she also built an algorithm to help match them with potential employers. “It was exciting to hear about her business and it resonated with our audience. During the pandemic, she has been able to match a lot of women to jobs.”

The hosts find their guests in a variety of ways, from classmates and personal connections to social media. Lauren, a former NBA and NFL cheerleader, invited a friend from her cheerleading days to talk about starting a consulting firm for women interested in auditioning for professional cheerleading teams. “She is wildly successful and driven, and we talked about several of her other businesses too. It was fascinating to hear her perspective on being a serial founder.”

With an interest in how women can advance their careers, Michelle particularly enjoys episodes when the four hosts discuss lessons they have learned from entrepreneurs and business leaders and how to apply those to career development.

She said, “The most important thing for our listeners to take away from the podcast is that there is a network out there of women and allies looking to share lessons learned so you don’t have to start from scratch. You aren’t alone and many of the experiences that feel unique are more widely occurring than you might think.”

Grace noted that she enjoys discussing topics about venture capital, startups and entrepreneurship. “During Wharton, I spent some time as an MBA associate at the global startup accelerator, Techstars. There’s a huge difference in the way large incumbents and startups operate so I find stories of founders who make the move from the corporate world to found their own companies fascinating. I also like highlighting fundraising tips, as that is often challenging for female founders.”

The hosts agree that sharing personal career stories and lessons is a favorite part of the podcast, especially since they all work in different fields and functions:

Lauren’s Career Journey: From the Government Sector to Startups

When Lauren came to Wharton, she was working in the government sector with startups to facilitate collaborations to develop technologies. She wanted an MBA to pivot out of the public sector and into the venture-backed startup space. Since graduation, she achieved that goal and became director of operations at Octant Data and more recently vice president of finance and operations at the social network analytics company, Graphika.

“This is exactly what I want to be doing – working with the board of directors on the investing and fundraising side and on the strategic aspects of operating the business,” she said. “I wouldn’t be in this position without Wharton. Not only did I learn a tremendous amount, but my background isn’t traditional finance or banking and now it’s a key part of my job. With a Wharton MBA, no one questions my abilities.”

In her second year of school, Lauren and her husband, Matt Pencek, WG’17, also became founders of Tobacco Coast Vineyards. “We have had a lot of help from Wharton classmates planting our first vines. There might even be a future Wharton EMBA vintage,” she said.

“With a Wharton MBA, it was a great time to put my hat into the ring for this opportunity because I could employ what I spent the last two years learning about,” she said. “My peers are generally 10+ years older than me, so Wharton really helped accelerate my career development opportunities.”

Grace’s Career Journey: From Strategy and Transactions to Corporate Innovation

When Grace came to Wharton, she was part of the strategy and transactions practice at EY.  During school, she represented Wharton, along with other students, at the annual VC Investment Competition and subsequently kept in touch with the judges. One of those judges became managing director at Techstars and opened the door for Grace to join the accelerator.

After learning a lot about startups at Techstars, Grace realized that she wanted to pivot her career into the innovation space. At EY, she became Transaction Advisory Services Innovation Strategy and Operations Leader. She was then recruited to join the founding team of EY InnVenture, where she is now the Head of Ecosystems. “This is a new business unit that we stood up from scratch. We operate like a startup and have grown dramatically over the past year. It’s been an incredible experience and I continue to learn something new every day.”

Kelcy’s career was also impacted by Wharton. When she started the EMBA program, she worked in tax policy and government affairs at General Electric, but her goal was to transition into a role more focused on strategy and operations, ending up in consulting. “I started the process of looking for opportunities as a student, using many of the career management resources available like coaching and resume reviews. I also leveraged the network and talked to many Wharton alumni. Ultimately, another EMBA student referred me to the consulting firm where I am now manager in the Strategy and Transformation practice.

“I thought I would have to start over in order to make a career switch, but Wharton showed me how to put all the pieces together to leverage my experience and education, which adds up to something much more valuable,” she said. 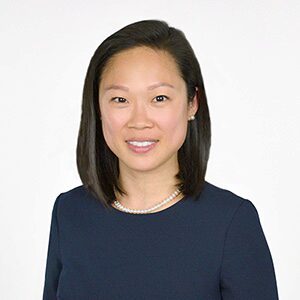 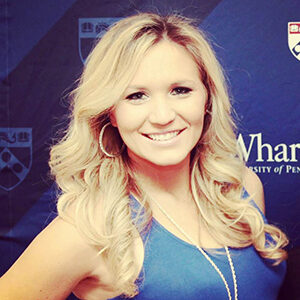 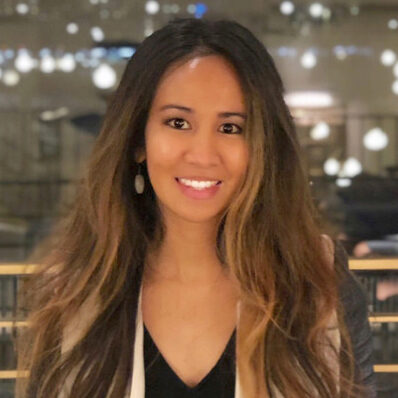 Prior Education
University of Manitoba, Bachelor of Commerce (Hons.), Finance and Accounting 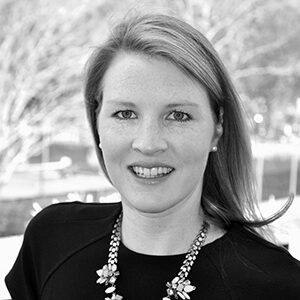