Wharton Stories » What’s It Like to be a Latinx Student in Wharton’s EMBA Program?

What’s It Like to be a Latinx Student in Wharton’s EMBA Program?

Sulianet Ortiz Torres, WG’21, shared her diversity journey and the impact Wharton is making on her career.

Growing up in Puerto Rico, Sulianet (Suli) Ortiz Torres, WG’21, didn’t think about herself as a minority. However, that changed when she moved to Iowa for college and learned about racial relations.

She explained, “I had a big ‘aha’ moment in Iowa when I discovered that I was seen differently and, for the first time, I saw what it meant to be a minority. At first, I felt a bit lost and confused, but then I focused on being myself and bringing my best self to the table. I also learned that not everyone who identifies as Latinx speaks Spanish and we come from many different backgrounds, but we all share an excitement for our culture.”

After college, Suli took an engineering position with General Mills in California, which added another unique experience in her diversity journey. “The majority of the population in California is Latinx — and I started to feel more Puerto Rican, as I came across fewer Puerto Ricans in California than in Iowa State. Joining the Hispanic network at my company gave me a deeper understanding of how to bring the diversity of the Latinx community to work.”

After six years at General Mills, Suli was preparing for a big life change. Her plan was to take a one-year break from engineering and move to Chile to teach English. However, just before she was about to depart, she saw an intriguing job posting at Disney – and she was contacted by a recruiter about that same position. The job was a good match with her skill sets in controls and automation, so she decided to stay in California and join Disney.

Over time, Suli’s job evolved, and she began to see a gap in her education. She explained, “I was having more conversations with business leaders about potential projects, but I didn’t speak the same business language and brought an engineer’s perspective rather than a business perspective to those talks. That’s when I started thinking about getting an MBA.”

As she conducted research on EMBA programs, she saw that some programs explicitly “cater” to minorities. “Diversity and inclusion mean a lot to me, but I also wanted to be accepted based on an even playing field with every other candidate. I didn’t want to be accepted because I am Latinx instead of my abilities to succeed in the program,” she said.

When a manager suggested she look at Wharton’s MBA Program in San Francisco, it sounded “far-fetched.” Suli explained, “I grew up in Puerto Rico, graduated from public school, and went to a public university in the Midwest. That is a very different background from someone who attended private schools before applying to an Ivy League business school. But then I thought: What’s the worst thing that will happen? I won’t get accepted. And, who knows, maybe I will get accepted.”

As she learned more about Wharton’s EMBA program, she became more excited. “I wanted the toughest program possible and to be pushed outside of my comfort zone. If I could succeed in this rigorous program, then I could succeed anywhere,” she said.

After being accepted into Wharton, Suli found a “welcoming and collaborative” learning environment. As for diversity, she saw that it takes on a lot of different definitions at Wharton from industry, function, and family background to culture, geography, age, and religion.

“To me, diversity means allowing everyone from different experiences, interests, races, and socio-economic backgrounds to sit together. There were around 110 students in my cohort, and everyone brought something unique to the program. We also all shared the desire to learn and work through challenges as a common ground,” she said.

Wharton helped Suli achieve her goals of learning the language of business and gaining a more holistic perspective. It also opened her eyes to new career goals.

She explained, “After I started the program, everything flipped on its head. My brain was getting a good workout and I started thinking differently. I fell in love with strategy and organizational effectiveness. I saw leadership through a new lens focused on influencing and inspiring others. I started thinking about other directions I could take in my career where I could help set the direction for a company,” she said.

After starting the program, Suli was promoted to lead her facilities engineering team. “I managed the team responsible for all of the industrial controls and automation at the Disneyland Resort parks and hotels in California. We were responsible for everything from energy management to central energy plants, HVAC, and utility monitoring.” She’s now the Site Facilities Manager at Johnnson & Johnson’s Irvine Campus.

She points to four classes that changed how she approaches her career:

“I learned about what it means to be in a position of power and how to use that power and agency. That changed the way I think and go about getting things done. It also changed my relationship to power.”

“This was a masterclass on leadership taught by David Pottruck that allowed me to understand how leaders drive change in large organizations and learn the difference between inspiration and motivation. ”

“I started to look at my decision-making through a global lens. I ended up taking two classes on this topic and truly loved the professor’s approach.”

“This was a small and very intimate class at the beginning of the pandemic that involved a lot of self-reflection. I learned a lot about my own leadership style as well as my interests and goals.”

Advice for Applicants of Color

It’s common, noted Suli, for some students of color to be concerned about their ability to get accepted or fit into this program.

“As for being accepted, it’s worth trying. If you don’t apply, you won’t know. If you want a challenge and to grow and connect with an amazing network of talented, brilliant people while learning from the best professors, this is the right program for you,” said Suli.

She advises applicants to put a lot of effort into their admissions essays to share their personal stories. “I poured my heart out about my journey – where I came from and my family’s sacrifices to help me get where I am today.”

Suli added, “If you are admitted, then you have the ability to succeed in this program. And don’t worry about fitting in. This is a very welcoming environment. Everyone is eager to get to know each other. Almost everyone has some version of imposter syndrome at first, but that goes away as you get to know classmates and create bonds. I’d do this program over again if I could!” 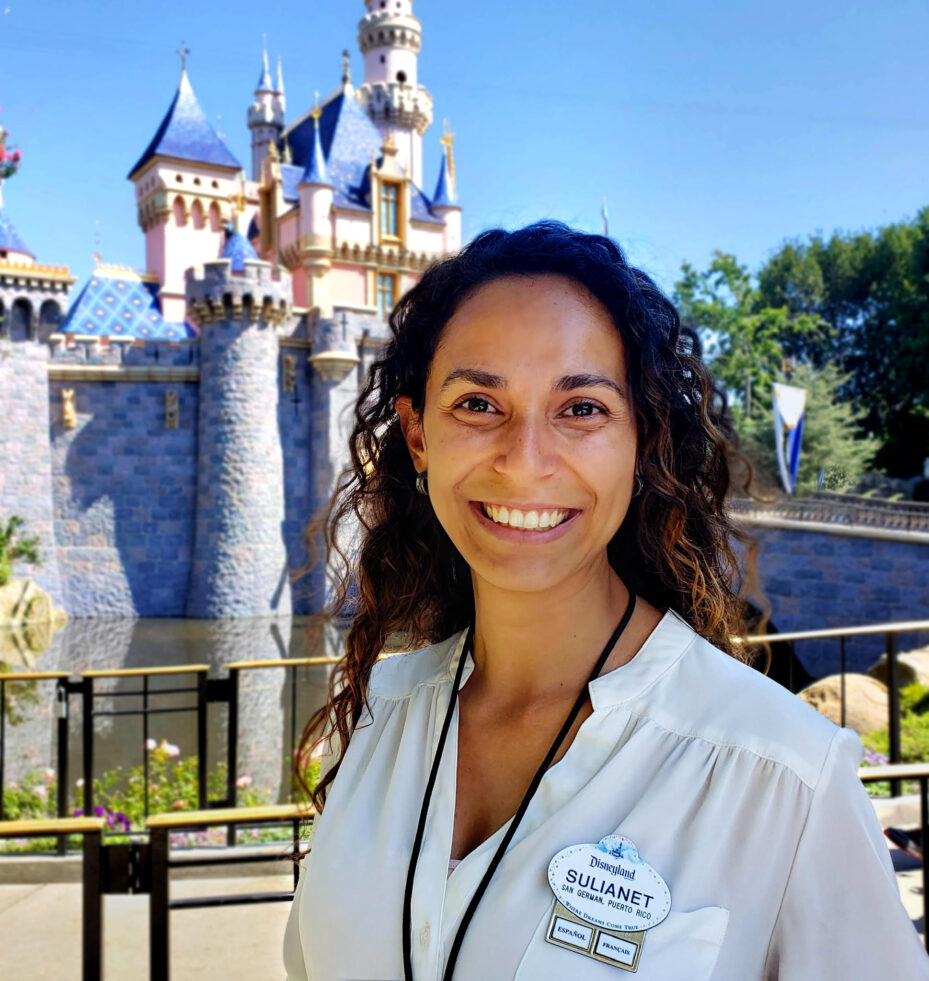 Based In
Anaheim, CA