Sharing a Meal and Community at a One Wharton Week Dinner

Every weeknight during One Wharton Week, MBA students volunteered to host “Small Group Dinners” at their homes. The concept is simple: bring a small group of classmates together in a comfortable setting, share dinner, and see where the conversation leads. The intimate gatherings are a chance for students to break away, get to know each other on a deeper level, and spark new ideas.

We asked second-year student, Elena Mariscal WG’20, to tell us more about what she took away from the experience when she gathered nine classmates at her apartment in Center City to discuss representation in the media.

What was the topic of the evening at your Small Group Dinner?

My friend and star of the night, film producer Tania Benitez joined us to talk about representation and diversity in the media industry. Tania is a Mexican film producer and with over a dozen films she became the youngest Latin and first Mexican woman to be accepted at the Producers Guild of America (PGA). 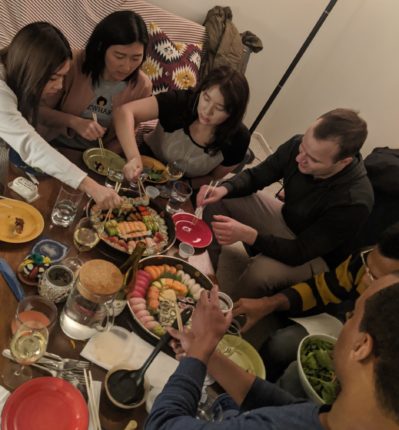 What makes dinner the ideal setting for these types of discussions?

Food is always an excuse to bring people together and it makes it easier to start off because while everyone is having a bite, one or two people can speak while others eat and listen. I hosted this dinner in my living room so we could have food in the middle to share and everyone sat around the table.

I think it is important to hold conversations around topics that might not be discussed on a day to day basis. It is needed because it helps break the Wharton community into smaller pieces and bring people together around a topic that you didn’t know they were also curious about.

Have you ever participated in something like this before?

I have hosted many small group dinners throughout my time at Wharton, not only for Return on Equality but for Wharton Storytellers, and Non-Profit Board Fellows. My roommate and I try to host one every two weeks —we love to have people over and get to know them better.

For this small group dinner, my co-host was a classmate I knew through the Return on Equality Board, but we had never actually met. I also knew two other second-year students that signed up. I serve on the WHALASA Board (Wharton Latin American Students Association) with one and the other is my neighbor. The rest of the attendees were first-year students that I didn’t know but were interested in the subject and signed up to attend.

What did you learn about your classmates?

I learned about a classmate’s interest in going into the media industry, but in a creative role, which is challenging because she has no previous experience. I also learned about everyone’s opinion on recent films and how they touched different aspects of their identity. Especially from a classmate from South Korea who spoke about Parasite.

I am friends with Tania from Mexico and she shared very personal stories about how she became involved in the film industry and how she got into the PGA. Listening to how her industry works was very enlightening to all of us because we are not usually exposed to people with her background.

Were you surprised by anything you heard?

I felt this was a dinner where most of the table was on the receiving end than on the giving end, from a deep perspective. We all agreed on the need for more representation in the content we watch, and Tania offered her two cents on how we can become champions in demanding more representation of ourselves or other minority groups in the media, from news to TV and film.

One thing I learned during this dinner is the power of luck and social media, and how it’s not something exclusive to holders of a fancy degree. Tania was at the right place at the right time and she made it into a very exclusive community of producers, all because of a tweet from a top film critic that talked about a film she had produced three years ago. This tweet triggered a cascade of interest in Tania’s film, which ultimately drove her to distribute it in the U.S. That, and her previous network with a famous Mexican director got her into the PGA.

What effect will the experience have on you and your classmates going forward — big or small, immediate or long-term?

For my classmate interested in pursuing a career in the media industry this is going to be very relevant. She asked Tania for very specific advice when most of the dinner had left and we were only five people chatting in an even more intimate setting. In general, and perhaps speaking on behalf of the rest of the attendees, we got to discuss films and an industry that we may not go into, but that touches the way we interpret things. 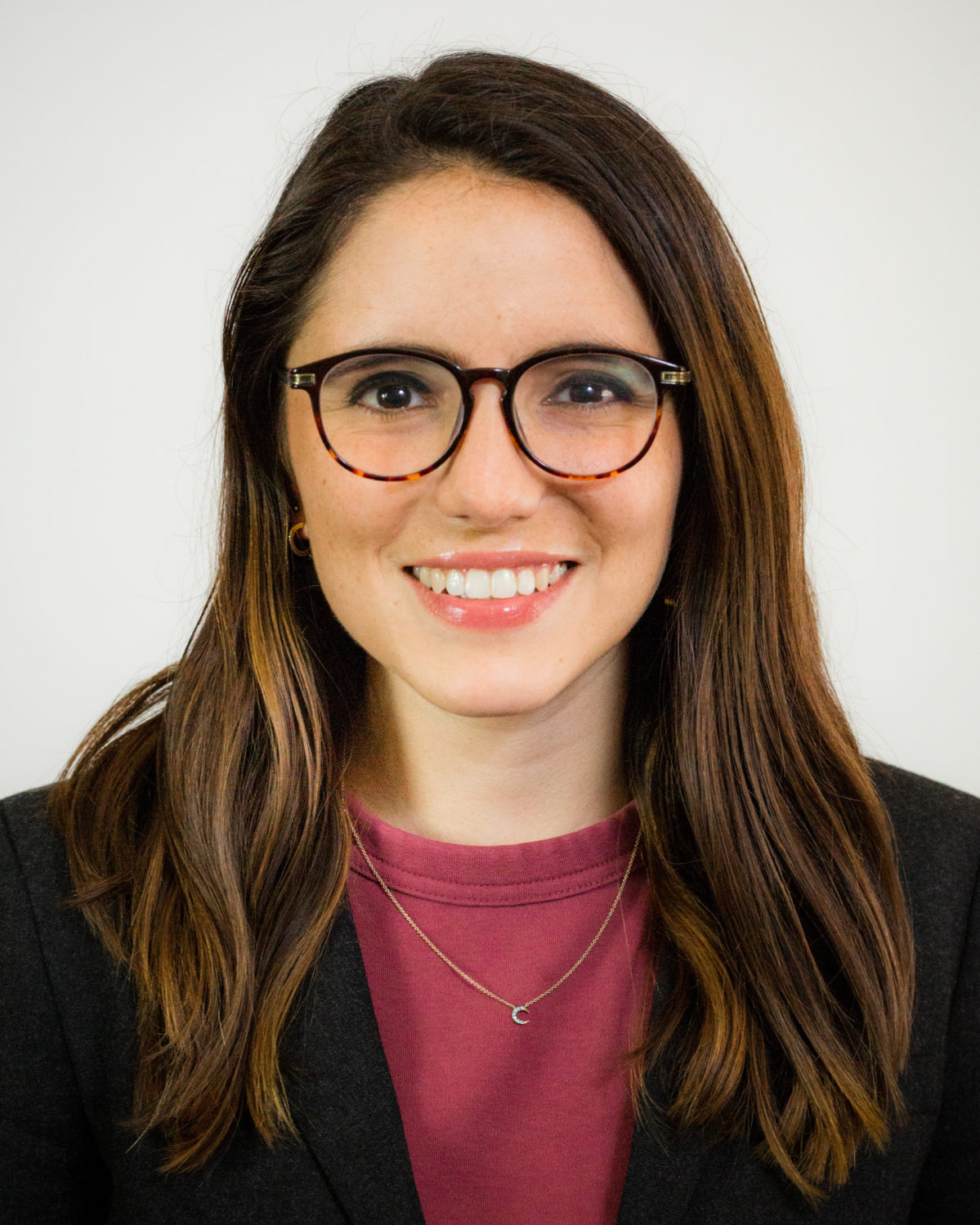