Lin Yuan, WG’21, says starting to study early and preparing for the logistics of test day are keys to success.

Lin Yuan, WG’21, took the GRE to apply to graduate school a decade ago, so when it was time to choose a standardized test to apply to Wharton, she picked the GRE.

“I had already taken the GRE for my Master’s degree and knew what to expect in terms of the format as well as my strengths and weaknesses. The biggest things I needed to work on for the GRE were vocabulary and reading comprehension, and I could use fragments of free time to prepare for those sections,” said Lin, a senior engineering manager.

She also felt that the GRE math problems made more sense to her as an engineer. “I did a few practice GMAT problems and the logic wasn’t as clear to me. I could rationalize the GRE math questions better.”

Three months prior to the GRE, she created a study plan. Her first step was taking an official GRE exam to get a baseline score and confirm her plan to focus on the vocabulary and reading comprehension sections.

Then, she identified several hours each week to study. “I used lunch breaks and any fragment of time in my week,” she recalled.

As for study materials, she downloaded a vocabulary app on her phone and used flashcards to study vocabulary. “I spent the majority of my time studying for the verbal section,” said Lin, whose native language is not English.

In the last month, Lin shifted gears and dedicated her study time to doing practice questions, which she found on various online websites. She also shifted her focus from vocabulary app to reading comprehension.

She explained, “The reading section involves longer and more academic articles. They are not the type of articles I would normally read for pleasure or for work, and the articles cover unfamiliar topics. I did 20 to 30 practice reading comprehension questions to better understand the logic behind the design of that section. I had to learn which part of the articles to focus on because sometimes you don’t need to read it word for word, but rather focus on a particular section.”

Lin’s scoring goal for the GRE was to get 160 or higher on both the verbal and math sections. “I went to the ETS website and used the calculator to translate a GRE score to a GMAT score. That gave me an idea of what a competitive GRE score is for Wharton. I also talked to other people who were also applying to business schools, and I looked at Wharton’s full-time MBA program class profile and noted that the average GRE scores were 161 for the verbal section and 161 for the quant section.”

“It’s important to schedule your test several weeks in advance or the slots will fill up. You also want to schedule it when you will have several days to relax and focus leading up to the test. You don’t want to have a busy and stressful Monday at work and then take the test on Tuesday because it’s hard to switch gears,” she said.

She also noted that phones and calculators are not allowed on test day. “You only get one pencil and a piece of blank paper for the math. I made sure to get used to that in advance. I also knew I would be limited to using the simple calculator available on the computer screen and that it can be tricky to use. I practiced using that kind of calculator ahead of time too.”

Since the test is about five hours long, including breaks, she chose to take the test at a time of day that is best for her. “I scheduled an afternoon test and made sure to get a good night’s sleep. I also brought snacks and water, and used breaks to take walks and refocus,” said Lin.

As for the environment in the test room, she described it as “completely silent.” Lin said, “Everyone is focused on the test and it is a little scary. But if you expect that silence and do practice tests in a similar testing environment – giving yourself only one pencil and one sheet of paper – then you can be more prepared for the real thing.”

Overall, Lin said her biggest tip is to start studying early in the admissions process. “I took the GRE in July, long before the application was due for Round 1. Try to give yourself as much time as possible to prepare so you can do your best.” 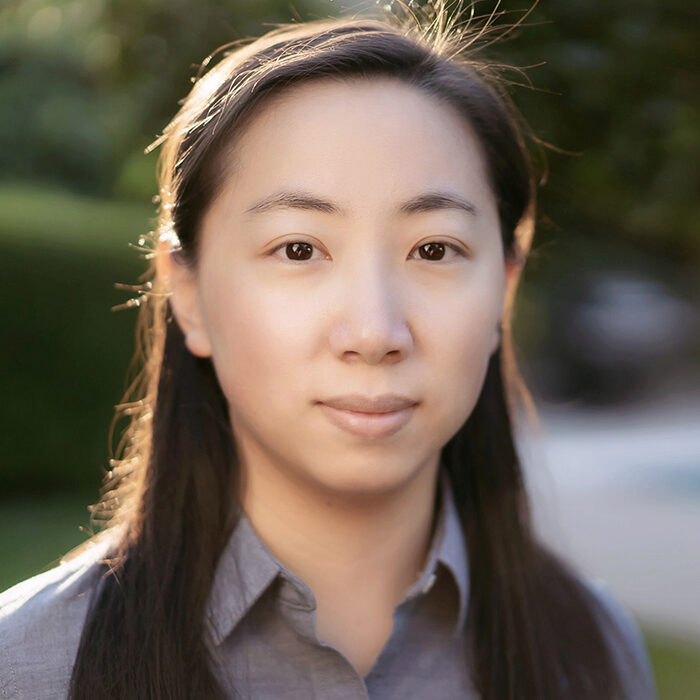